sales@sanjackgroup.com
Send Inquiry
How to improve the accuracy and efficiency of workover rig by optimizing derrick structure during workover operation?

How to improve the accuracy and efficiency of workover rig by optimizing derrick structure during workover operation?

Based on the JJ135/33 derrick commonly used in Daqing Oilfield for 80t and 100t workover rigs as an example, this paper analyzes the structural characteristics of this type of derrick, simplifies the complex derrick structure, determines the initial working conditions, defines different types of loads, and creates a finite element of the derrick. working model. 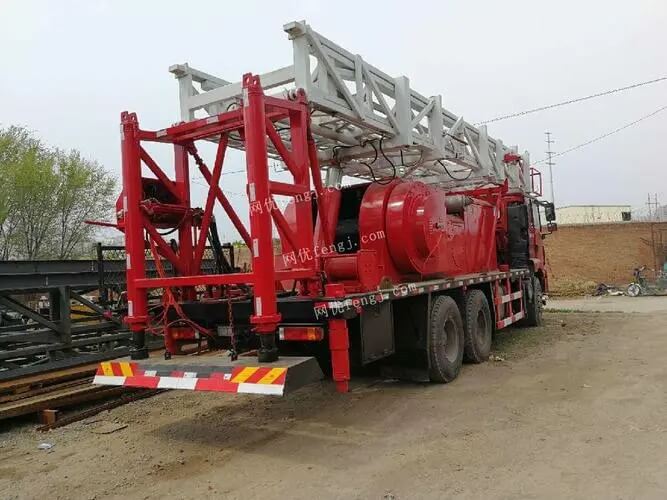 The ANSYS finite element strength analysis is carried out on the JJ135/33 derrick under three working conditions, namely, working, expected and unexpected, so as to obtain the displacement and stress state under the given load. The position of stress concentration of the derrick is determined by analysis, the structure of each part of the derrick is optimized, and the influence of the upper body necking angle, the selection of derrick materials and profiles is analyzed.

By optimizing the structure of the derrick, it can not only reduce the raw materials, but also reduce the weight of the derrick, so as to obtain the optimal economic benefits, and at the same time, the reliability can be improved.

The finite element strength analysis method can simplify the calculation process, thereby improving the design efficiency and saving time. Based on the analysis results, a reasonable product structure is determined, which not only reduces the cost, but also improves the reliability of the derrick. 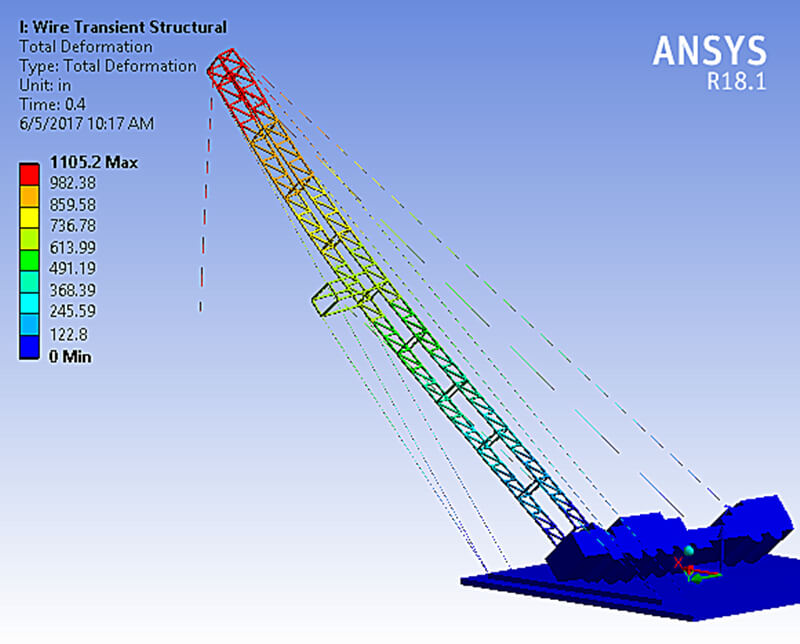 At present, in workover operation, it is common to adjust the derrick guide rail to the wellhead manually, which has the advantages of low adjustment accuracy, time-consuming and high work intensity. The guide rail support has problems such as heavy design, low adjustment efficiency, poor accuracy, and high work intensity of workers. Long time use of this derrick structure not only takes time and energy, but also greatly affects the service life of workover rig.

To solve this problem, Sanjack group independently developed a new type of multi-functional derrick. By adjusting the rigid guide rail, the stability and accuracy of wellhead calibration are improved, the adjustment time of guy rope is reduced, and the work intensity of workers is reduced, thus the problem is solved perfectly.

And in order to achieve the desired purpose, we adopted the following design scheme: the triangle support frame is equipped with adjusting lead screw, the drum is installed on the U-shaped derrick, and the drum is connected with the adjusting lead screw by wire rope; there are two wire ropes, the upper ends of the two wire ropes are respectively connected to the two ends of the adjusting lead screw, two fixed pulleys are set on the U-shaped derrick, and the position of the two fixed pulleys is higher than Adjust the lead screw, two wire ropes respectively bypass their respective fixed pulley, the lower ends of the two wire ropes are wound on the same drum, but the winding direction is opposite. The triangular support frame includes a tripod body, an articulated seat is arranged at the top of the tripod body, and an articulated hole is arranged at the upper end of the hinged seat to hinge the rigid guide rail. The lower end of the hinged seat is threaded through the mounting hole at the top of the tripod body in the form of a bolt, and the bolt body of the hinge seat is sheathed with a damping spring and fixed with a nut. There are two relatively symmetrical guide wheels at the bottom of the tripod body. The U-shaped derrick is equipped with rails, and the guide wheels are rolling on the rails.

Compared with the prior art, the utility model has the following beneficial effects:

1). improve the stability and accuracy of aiming at the wellhead

2). reduce the adjustment time of the guy rope

3). reduce the work intensity of the workers.

The influence is small, and the two front columns of the derrick have poor torsion resistance. In order to intuitively analyze the vibration state of the structure, find out the reasons for the structural vibration and its weak links, and thus lay a certain foundation for the improvement of the structure. 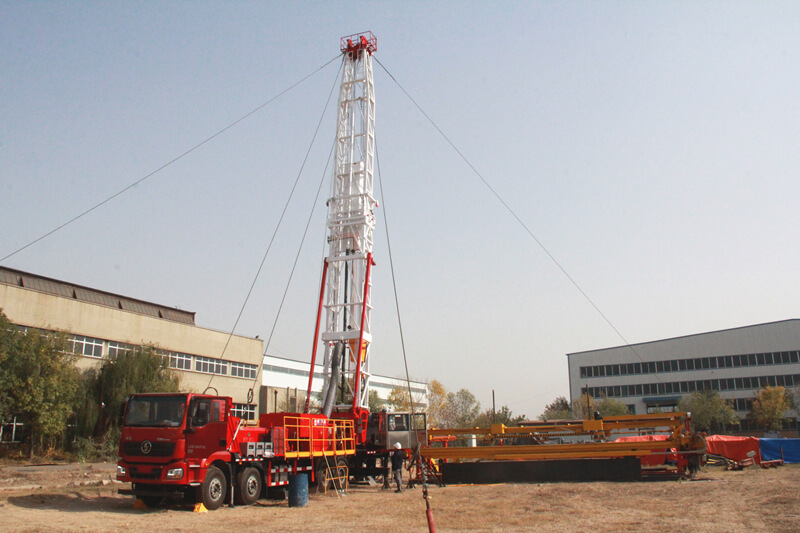