sales@sanjackgroup.com
Send Inquiry
How to solve the problem of high labor intensity and low work efficiency in the process of lifting the pipe string?

How to solve the problem of high labor intensity and low work efficiency in the process of lifting the pipe string?

How to solve the problem of high labor intensity and low work efficiency in the process of lifting the pipe string?

Workovers in domestic oilfields have always adopted a double-elevator lift, four-person coordinated, and alternate operation mode. The process of lifting the tubing during the lifting operation is as follows:

②The elevator that lowers the tubing to the wellhead table drags the second tubing coupling position, and the elevator bears the gravity of the tubing;

④The fitter will remove it Pull the first oil pipe to the slideway, and the plumber will pull the oil pipe along the slideway. 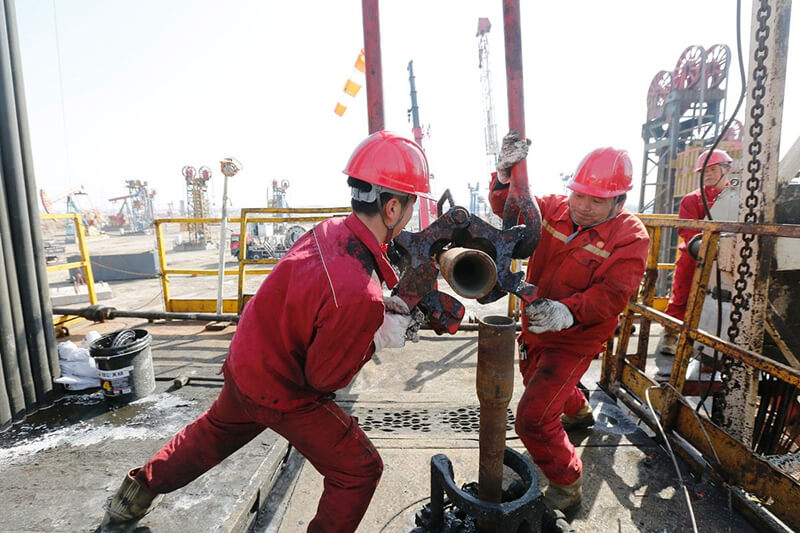 The following problems exist in the process of getting off and going: Not only are workers required to have a high concentration of energy, flexible and accurate action coordination, but also frequent and monotonous operations, which are most prone to accidents such as tubing collapse and falling objects [2];

the field workover environment is harsh, In winter, the well site is easy to freeze and slip, and the operation is not flexible. The fitter’s fingers are easily pinched; the workers have high labor intensity, low work efficiency and poor safety. Therefore, realizing the automation of starting and dismounting work machinery is a top priority. 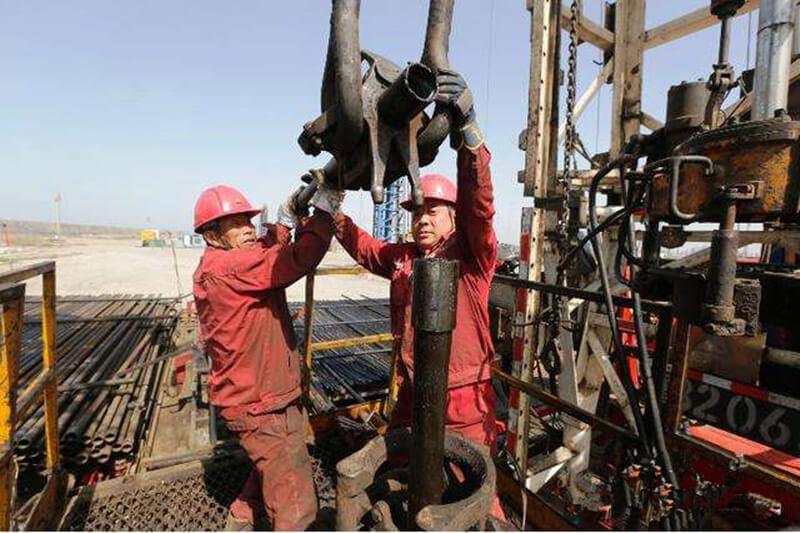 At present, the workover rigs used in domestic oilfield workover operations are all manually operated, that is, the repair work of oil, gas, and water wells is completed through the manual operation of operators. In the whole process, the workover rig is actually a function of pulling out or lowering the pipe string with its own hoist. Other meticulous, piecemeal, and large amounts of repetitive work (sharing, placing, cleaning, and cleaning the pipe string from the well) The transfer, buckling, etc. of the pipe string into the well is done directly by the operator manually or by operating the hydraulic tongs.

The workover speed is also determined by the worker’s operating speed and the operation of the workover rig, considering the human body’s own factors. Restrictions (physical strength, reaction speed, endurance to high temperature, cold, etc.), workover speed and continuous operation time cannot be greatly improved; otherwise, the speed will not be achieved, and the neglect of human conditions will cause Some unnecessary industrial accidents, such as production interruption, equipment damage, personal injury, etc.

In addition, in actual operation, a large amount of oil and water spilled from the well caused pollution to the wellhead equipment and the body of the operator, which made various operations on the wellhead even more difficult and abnormal, which caused a disadvantage to safe production.

With the development of the times, on the one hand, the requirements of the whole society on labor conditions continue to increase, on the other hand, as the number of domestic young and middle-aged laborers continues to decrease, this requires workover operations to be less humanized or unmanned, and low labor intensity. , High-safety development, only in this way can the company’s efficiency and labor’s income be guaranteed. Therefore, workover rigs with a high degree of automation have been continuously launched in recent years, but their high prices have discouraged most established oil companies. 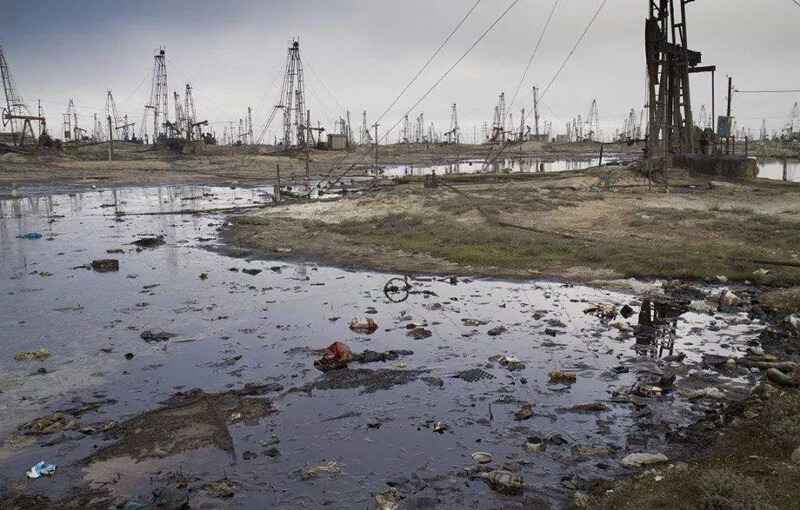 Based on the existing power and elevating conditions of workover rig, a kind of device of pulling and running tubing string with unmanned operation at wellhead is developed. It mainly includes automatic suspension system, hydraulic pincers automatically screwing system and remote hydraulic control system. Control commands of each part are concentrated on workover console. A driver remotely controls to catch or put, centralize, center, hang, screw, lock, pull or run tubing. A driver and a site worker can complete the work, which not only reduces the labor intensity, but also keeps the workers away from the harm of dangerous area at wellhead. The new device has great advantages with its simple design, small volume and stable performance, do not occupy the wellhead artificial operation space, do not affect the artificial well control emergency, do not interfere with the wellhead evacuation and do not increase the moving vehicles and operation cost. Its operation speed is controllable and as nearly as manual operation. It is popular with the oilfield workers.

During conventional workover operating, most of the pipes are pulled manually from the wellhead to the ground pipe rack, or from the ground to the wellhead platform. There are problems for this method such as high labor intensity, low work efficiency, many potential safety hazards, and many staffing issues. But at present, in domestic and foreign countries  people have begun to study automatic pipe conveyors, but most of which are independent special equipment and cannot be well matched with wellhead automation devices. The overall degree of automation is low. 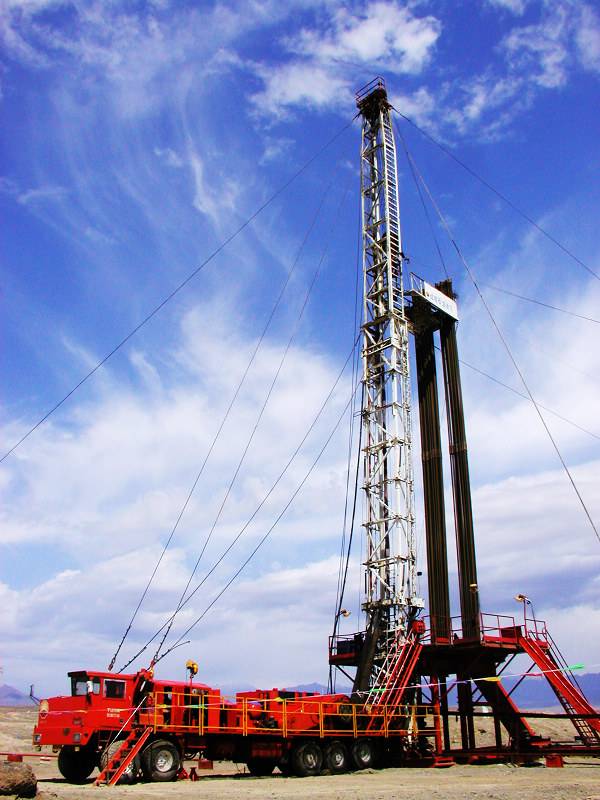 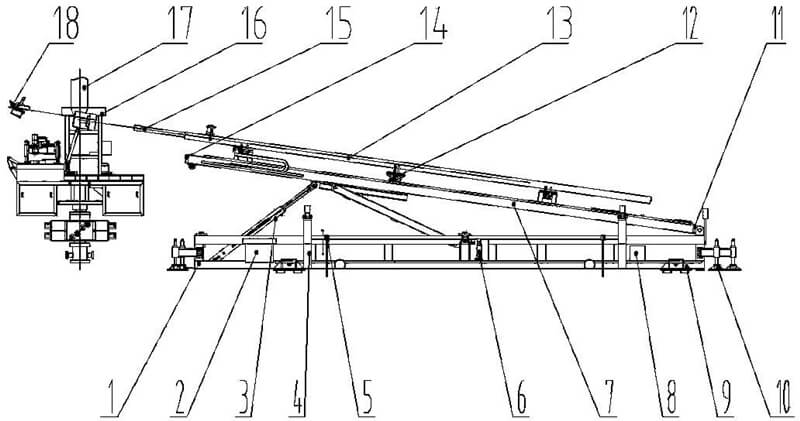 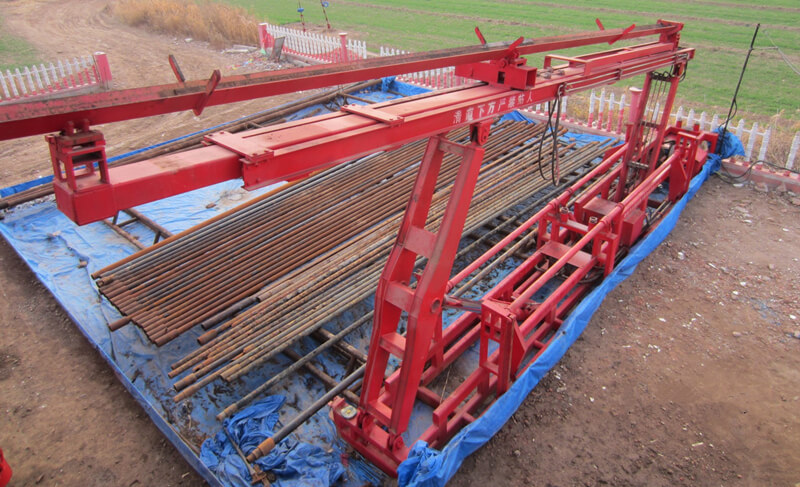 This product can be used in conjunction with the mechanized workover wellhead device, which has the capability of automatic loading and unloading of pipes. It has the characteristics of convenient operation, strong applicability, high degree of automation, precise control of the start and stop of each mechanism, convenient position adjustment and speed adjustment, and stable performance.

All of those can greatly reduce the labor intensity of workers, improve the working environment, achieve all-weather operations, and improve operating efficiency.