The specific method is to use a mobile steam device to generate steam, connect a rubber hose to the steam outlet, and connect a different diameter steel pipe to the end of the hose, and use the steam heat energy to gradually remove the crude oil and wax on the inner wall of the oil pipe. Melt, use the thrust generated by steam to stab the melted oil by sweeping it out of the oil pipe. 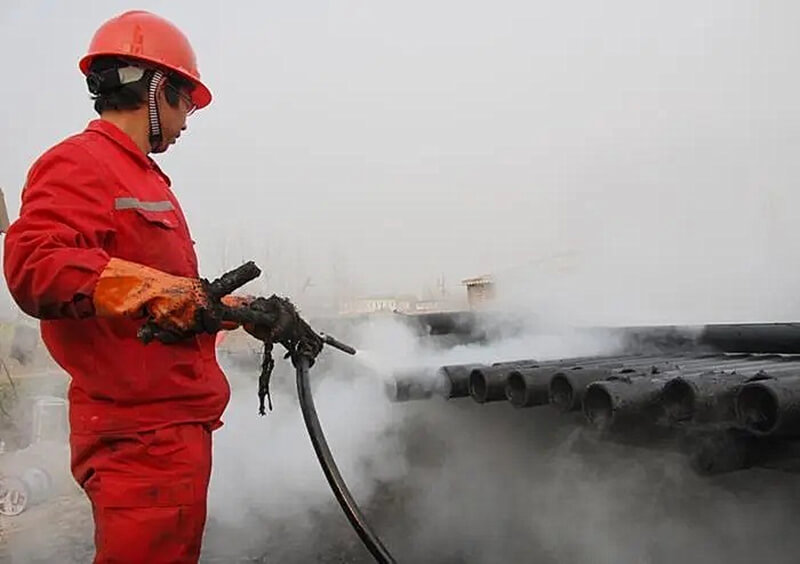 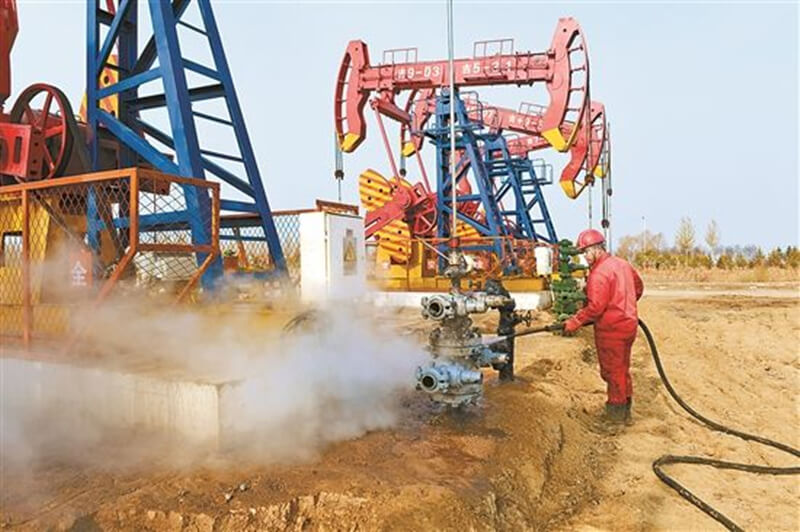 The process design department will not be able to take targeted measures to extend the maintenance-free period of the oil well, which will also increase the operating cost virtually. There are also some wells that overflow during operation due to factors such as formation pressure or water injection efficiency.

On-site overflow pools must be dug, and anti-seepage membranes must be installed. After the operation, they must be backfilled. Splash prevention device currently used in oil fields is installing a sputter shield on the hydraulic pliers and below connects a drain pipe. When using it, move with hydraulic pliers. This can play a role in preventing sputtering, but has an impact on the shackle on the tubing. It does not have a good effect with problem of poor sealing or poor diversion effect.

Splash prevention device currently used in oil fields is installing a sputter shield on the hydraulic pliers and below connect a drain pipe. When using it, move with hydraulic pliers. This can play a role in preventing sputtering, but has an impact on the shackle on the tubing. It does not have a good effect with problem of poor sealing or poor diversion effect.

The purpose of the utility model is to overcome the problems existing in the prior art and provide a portable waste liquid recovery device on site of workover operations, which can realize on-site puncturing and cleaning of oil pipes, avoid puncturing waste liquid from polluting the on-site environment, and reduce oil pipe waste. Replacement to reduce production costs.

In order to solve the above technical problems, a portable waste liquid recovery device for a well workover operation site of the present invention comprises a rectangular box body with an open upper end, and an arc-shaped top cover is hinged on one side edge in the length direction of the upper port of the box body.

The two sides of the free end of the arc-shaped top cover are respectively supported on the two side edges of the box body through the oblique support rods; A fan-shaped side flap that can be unfolded or folded; the upper port of the box body is covered with a detachable isolation net, and the mesh of the isolation net is smaller than the outer diameter of the oil pipe wax remover. 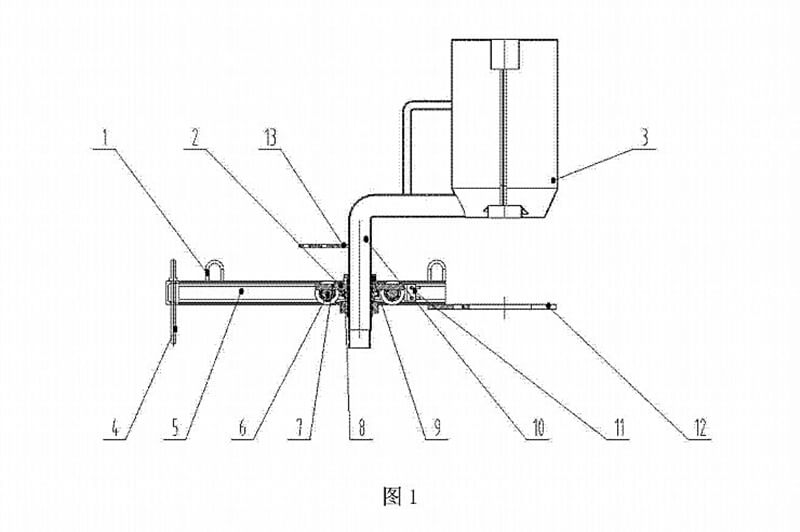 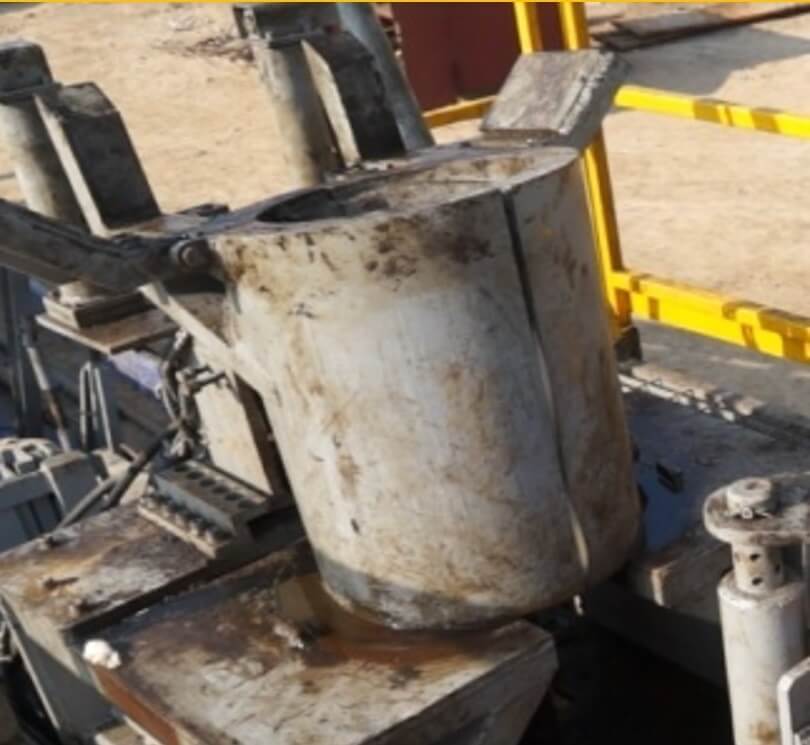 Compared with the prior art, the utility model achieves the following beneficial effects: when the cement truck is used to drive the oil pipe, the end of the piercing oil pipe is inserted between the upper port of the box body and the arc-shaped top cover, and is aligned with the isolation net, and the oil pipe is cleaned.

The wax container will fall on the isolation net, so that the staff can continue to use it after finding it. Then, when steam heat energy is used to pierce the oil pipe, the thrust generated by the steam will flush the melted oil out of the oil pipe, and the oil will fall into the box. The lever can adjust the opening angle of the curved top cover.

When a certain amount of waste liquid is collected in the tank, the tanker is arranged to recycle the waste liquid uniformly, eliminating the process and cost of digging, filling the overflow pool and laying anti-seepage membrane, as well as arranging the cost of hoisting and truck hoisting the tank, saving costs.

The portable waste liquid recovery device has low height, small volume, light weight and low discharge conditions. It can be placed in any corner of the well site, which is convenient for puncturing the oil pipe at the operation site in the lake area, and then implements the field maintenance of the oil well and prolongs the pump inspection of the oil well. cycle, while reducing the number of replacements of oil pipes in operating wells, saving costs. 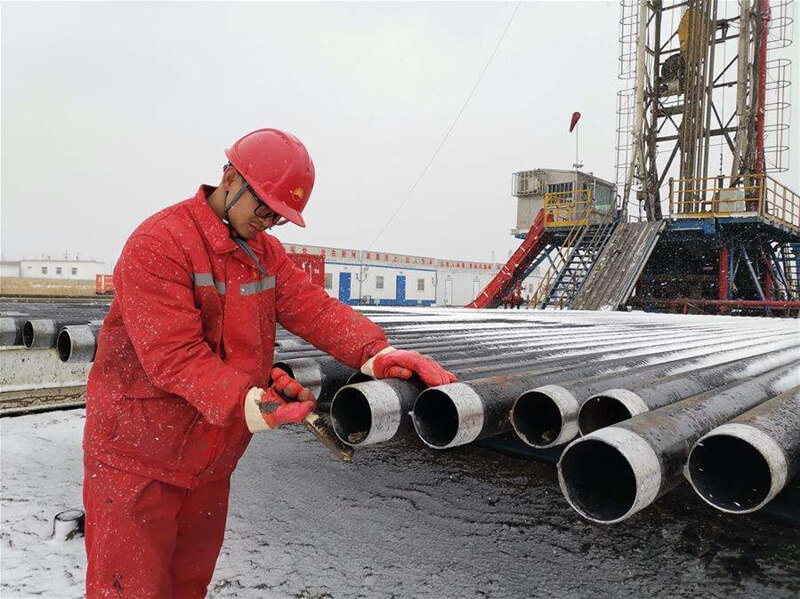 As a further improvement of the present invention, a wrench with a rotatable handwheel is inserted into the handwheel of the drain valve, and the handle of the wrench extends vertically upward to the bottom of the isolation net.

As a further improvement of the present invention, the bottom of the rectangular box body is provided with rollers. It is convenient to transport the box and adjust the position of the box. 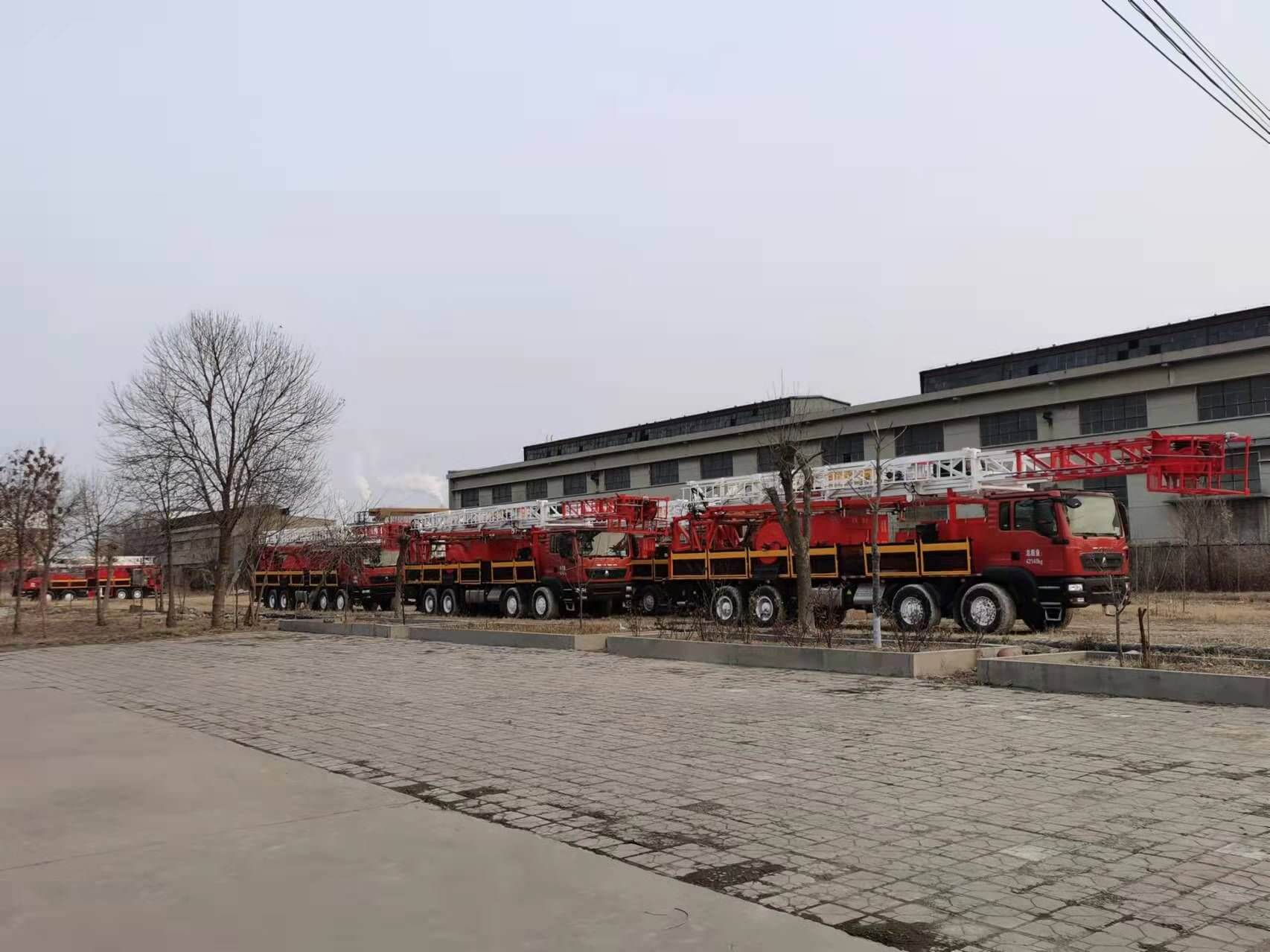