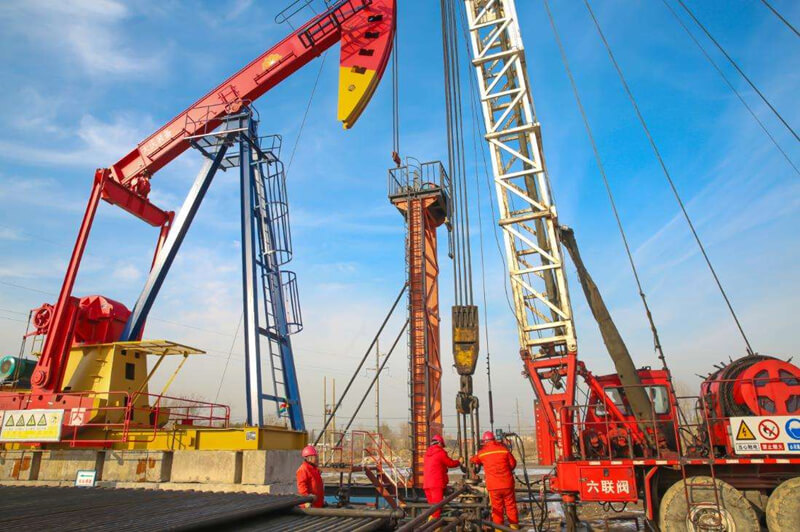 It include sequentially connected lateral telescopic adjustment mechanism（3）,roller mechanism（4）, flexible guide slide（7）. flexible guide slide（7） is connected to lower part of derrick（1） through longitudinal telescopic adjustment mechanism（3.2）. It ensure rollover elevator frequently pass through pipes reliably and the rollover elevator can accurately grasp the tubing when centering the wellhead frequently. It solved the problem of unreliable through the pipe and can unable to hold the tubing when lowered the tubing beacuse of the installation error of derrick or influence of wind in windy weather. Improve the stability and reliability of automatic workover operations. Thereby increasing efficiency. 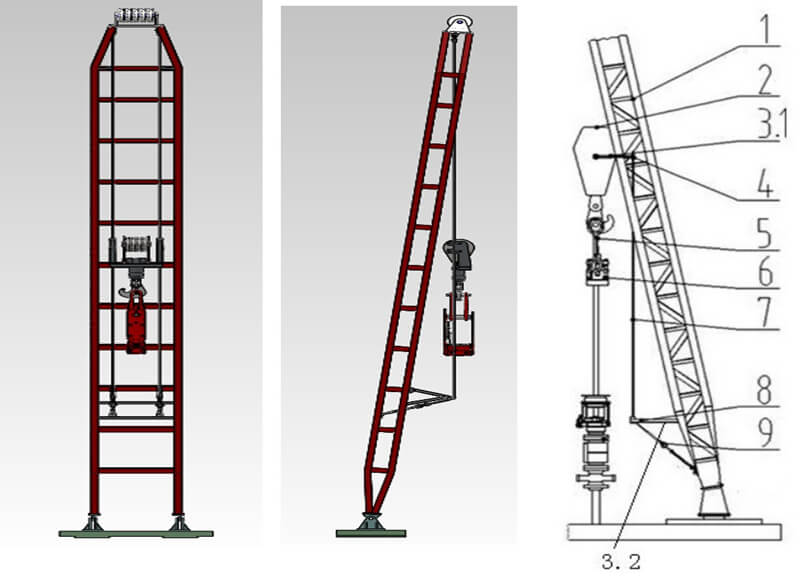 The flexible guide slideway includes a wire rope and a wire tensioning mechanism. The upper end of the wire rope is connected to the upper part of the derrick, and the lower end extends downward along the vertical direction and is limited and guided by the longitudinal telescopic adjustment mechanism. The other end of the tight wire mechanism is fixedly connected with the derrick.

The advantages of the utility model are: